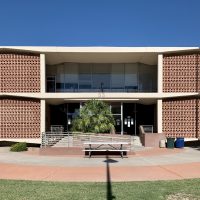 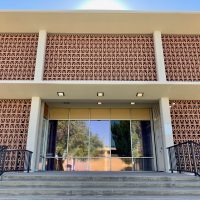 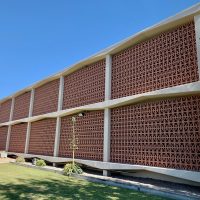 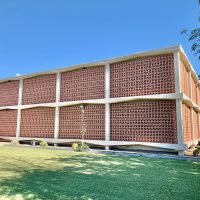 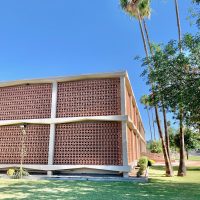 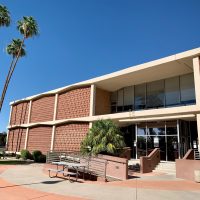 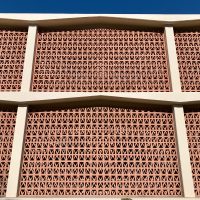 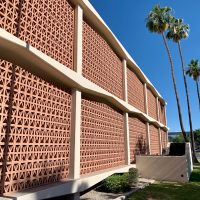 The City of Mesa Municipal Building was built in two phases. The south wing was constructed in 1964 while the north wing was added in 1967.

The two story buildings are an exquisite example of screen block being used on the entire facade of the building other than the entrances. This stylish and energy saving design was ahead of its time and still shines today.

Located on the SE corner of E 1st St and N Center St in Downtown Mesa.